International travel looks set to return on May 17th. The testing requirements that we'll all have to follow will change once again, with the government introducing a 'traffic light system' for countries. They'll assign different colours to countries based on a range of Covid-19 statistics, with each colour denoting various testing and quarantine rules. So what does this mean for you and your holiday plans? What kind of tests for travel will you need? Let us explain all.

Why is there a traffic light system?

Due to the varying infection rates in different countries, the government has set this system out as the best way to ensure travellers are kept safe and are keeping others safe when they return from abroad. Although the UK's vaccination rollout has been one of the fastest, some popular destination countries are a long way off. The traffic light system will also help prevent travellers from importing new variants of concern into the country by ensuring that all passengers take at least one test after they've returned to the UK.

The system divides countries into red, amber and green. Depending on what country you'll be returning from, different testing and quarantine rules apply. We've laid out how each colour works below.

Returning from a green country will mean less testing and less quarantine! Travellers will need to take a test before returning to the UK - and our rapid pre-departure test, which gives results in 20 minutes is accepted. After arriving in the UK, travellers will need to take a PCR test on or before day two. This is very similar to the existing Day 2 and Day 8 testing for international arrivals, but green light travellers won't need to do a Day 8 test. Finally, there'll be no need to quarantine - unless you test positive. 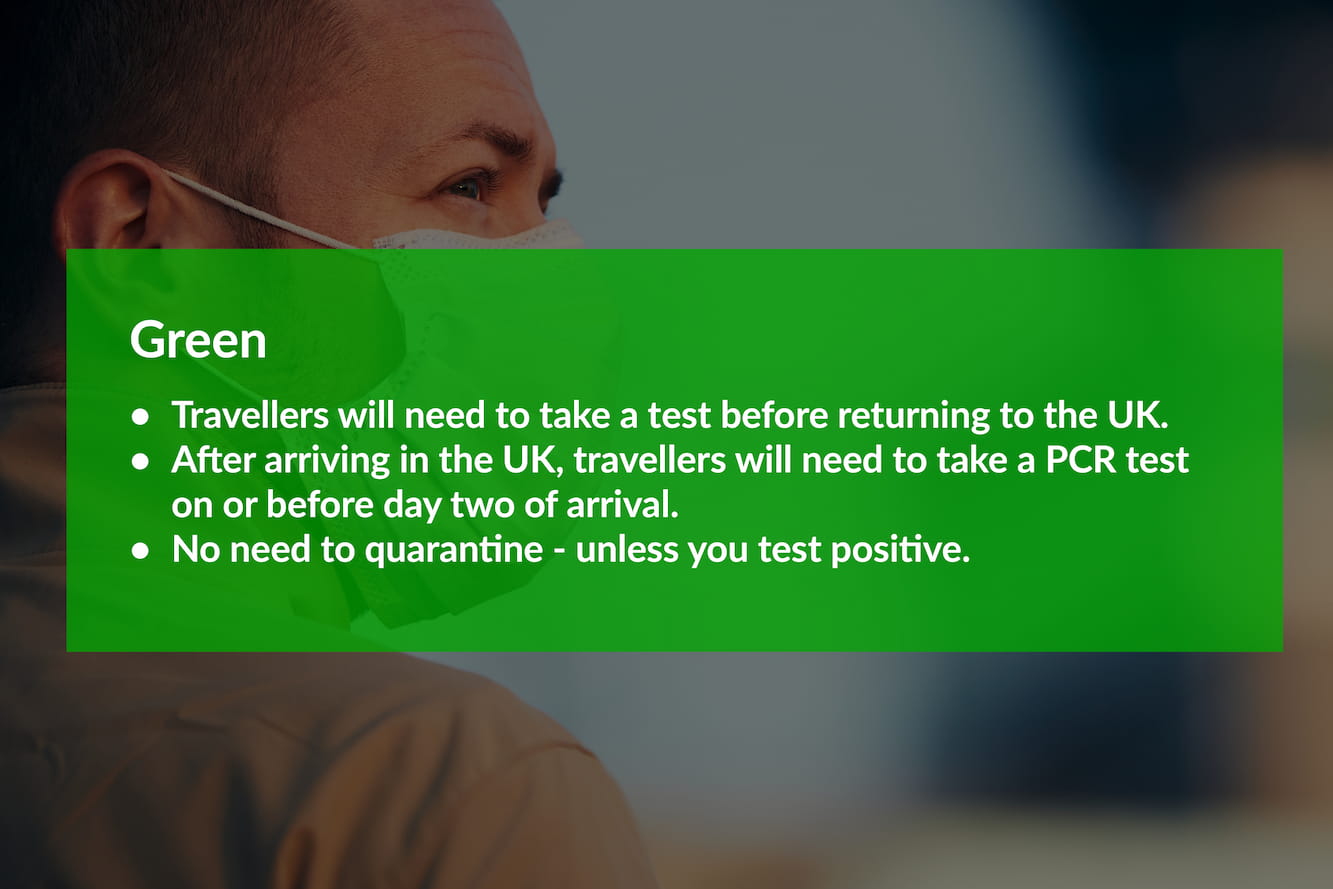 The testing for arrivals from amber countries will be familiar to many of us, as they're the same as the rules that have been in place since February. So, if you're travelling from an amber country, you'll need to take a test before starting your return journey, as outlined for green countries. Once you arrive, you'll need to quarantine for ten days upon arrival and take both a Day 2 and Day 8 PCR test. The Test to Release scheme will still operate, so you can cut your self-isolation by taking a test on Day 5. 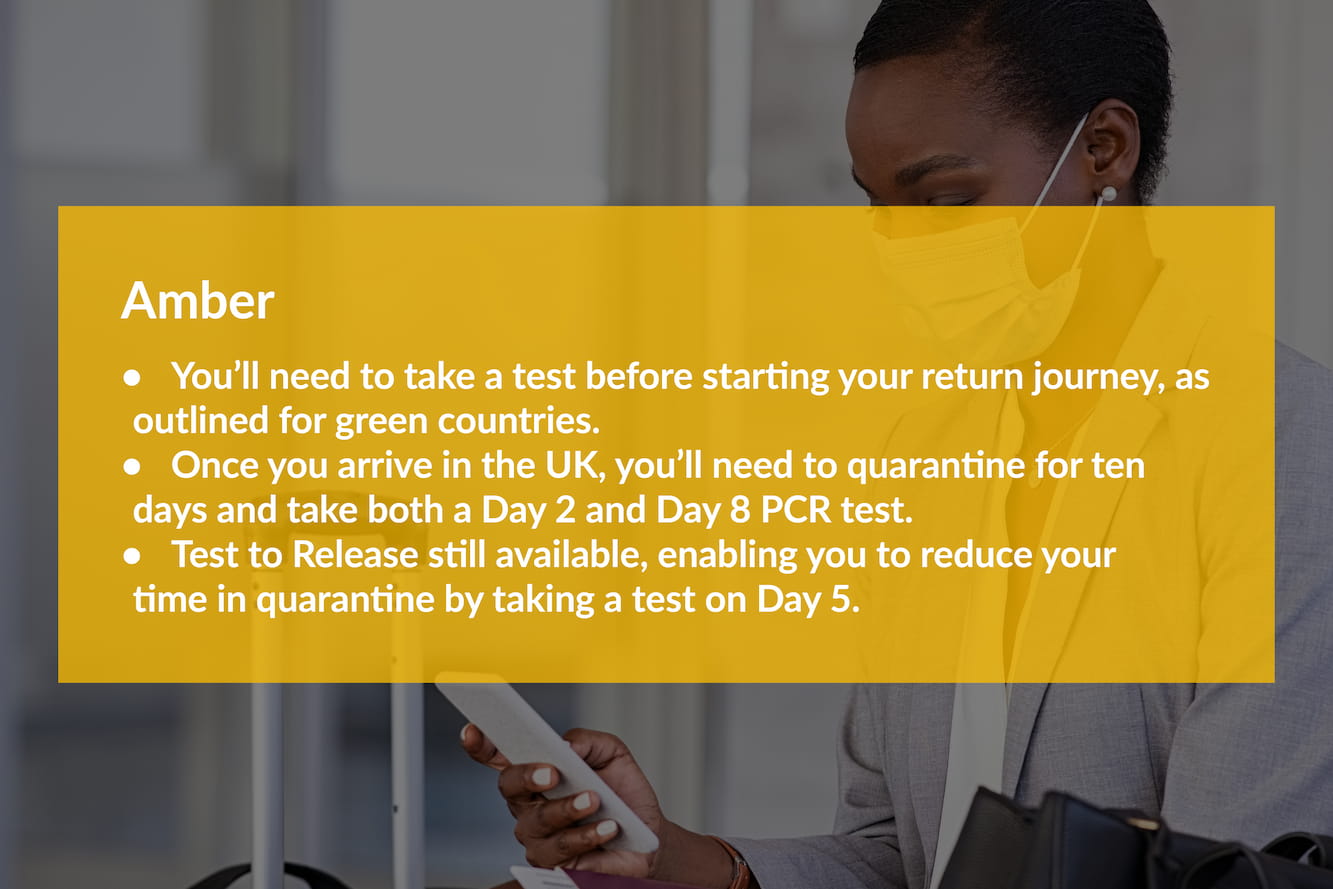 Red light countries will have the strictest requirements, as you might have guessed. In a similar vein to the existing rules for red-listed countries, arrivals must quarantine in a designated hotel for ten days, at the cost of £1750. You'll also need to organise pre-departure and Day 2 and Day 8 testing. 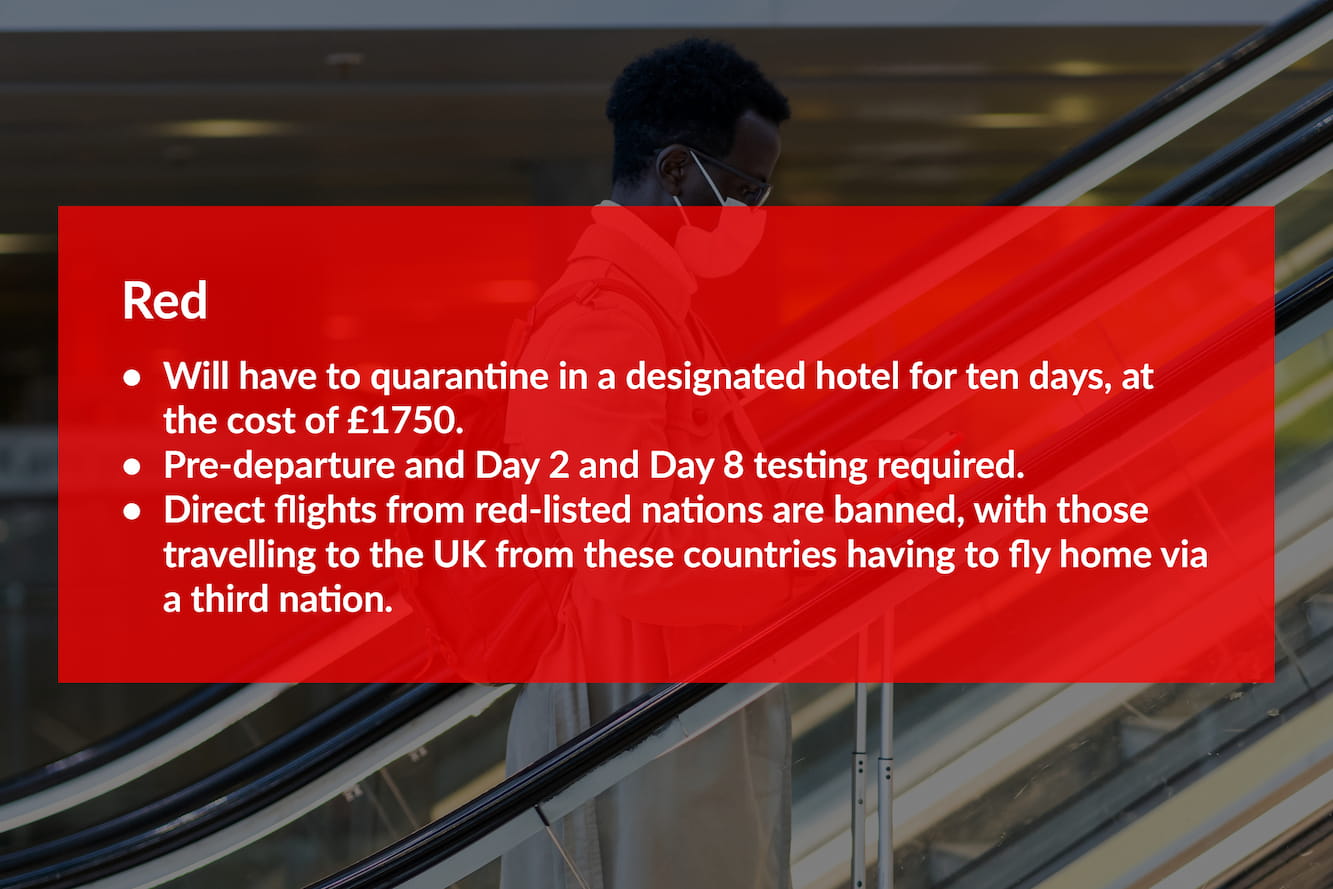 Which countries are on each list? Will countries change colours?

Right now, there's only speculation around what countries will be on each list, nor is there any official word on what metrics will decide this. It's speculated that countries with the lowest number of cases and deaths, high vaccination rates and little to no 'variants of concern' will be given green or amber status.

The list will be monitored closely by the Department of Transport and the DHSC, and the first full review of the countries after launching will be in late June. Countries that are green but are close to the threshold for amber will also be kept an eye on.

Can I get my quarantine tests from Qured?

This system simplifies travel testing more, but being sure of what tests you need and ensuring everything goes smoothly is different. Qured can take care of your testing for travel to any country with our market-leading Fit-to-Fly tests and, most importantly, provide testing to ensure you can safely return and meet the requirements for green and amber countries.

You can now upload your Qured test results to VeriFLY!

The Complete Guide to Travel Testing

← Back to home
View more posts →

Suscribe to the Qured newsletter

Enter your email address to receive the latest news and medical tips from Qured.